Sofia and her family’s 6 poppies are a special reminder of friends and colleagues lost. 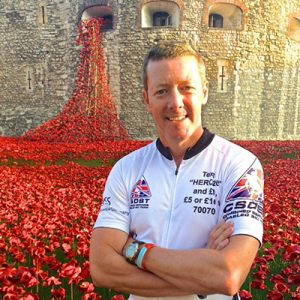 Sofia and her husband Fred both served in HM Forces. Sofia has since retired after 20 years of service but Fred continues to serve.

“The poppies mean a lot to us, both as a Service family and when they were at the Tower of London.”

Fred cycled from Edinburgh Castle to the Tower of London with a team from Armed Forces Paranowsport Team (formerly CSDST), to raise money for the charity which supports serving and veterans, wounded injured and sick service personnel.

“They arrived at the Tower to see the beautiful display. Each of them with their own stories of survival and friends lost.” 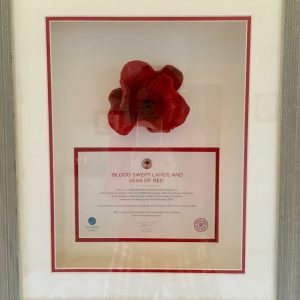 Now, four of the poppies are displayed in prominent positions around Sofia and Fred’s home. The other two poppies remain in their boxes, one for each of their children (aged 8 and 5), for when they are older.

“The poppies are really special in our home and our children know and understand all about Remembrance and understand why we make such a big deal on Remembrance day. Both Fred and I have lost friends and colleagues to recent conflicts and like to remember them as well as the men and women who fought for our freedom.”

See these poppies on the map 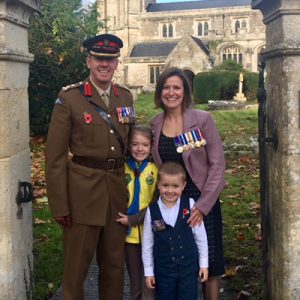