For Ron and members of his family, the First World War has a significant importance. The four poppies he purchased serve as a daily reminder of the brave service men and women who fought, including his Great Grandfather, a submariner, who was lost at sea during WW1. 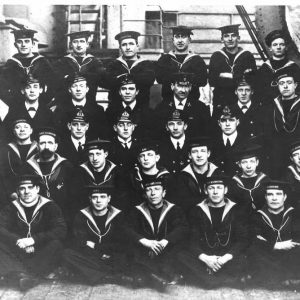 “My maternal Great Grandfather served as an Able Seaman submariner during the First World War defending our vital trade and shipping routes in the Baltic. On 1 June 1916 HMS E18, the submarine he was serving on, was on a routine patrol when all contact was inexplicably lost. The exact circumstances of this loss were never really known, that is until a survey in October 2009 located the submarine on the sea bed less than 24 hours sailing from their home port of Reval. The wreck was largely intact and found with the conning hatch clipped back indicating that the fatal damage must have occured, most likely by a mine, whilst the submarine was on the surface. All onboard, including AB W G Powell RN were lost.”

Ron and his family have a strong connection with the UK Armed Forces and Ron was therefore delighted when the poppies became available for purchase.

“One poppy was purchased for each of my step children’s homes and family and one for our home. My wife’s first husband served in the Royal Navy. My oldest step daughter married a Royal Air Force technician, my second step daughter married a Royal Marine Bandsman and her current partner served with the Army Royal Corps of Signals. I myself worked for the Ministry of Defense for 42 years so all the family have had a very close association with our UK Armed Forces.  We all know of comrades, colleagues and friends who have come to harm or suffered loss over the years. The poppies serve as a daily and poignant remembrance to our brave Service men and women.” 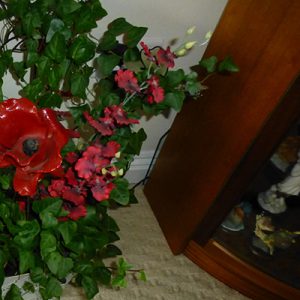 “When I stand in silence on the 11th hour, of the 11th day, of the 11th month every year, William George Powell RN AB Submariner stands foremost in my mind and the Tower of London Poppy sitting on display in our living room for me serves as a daily reminder of my brave fore father and those brave soles defending our liberty. We will remember them.”