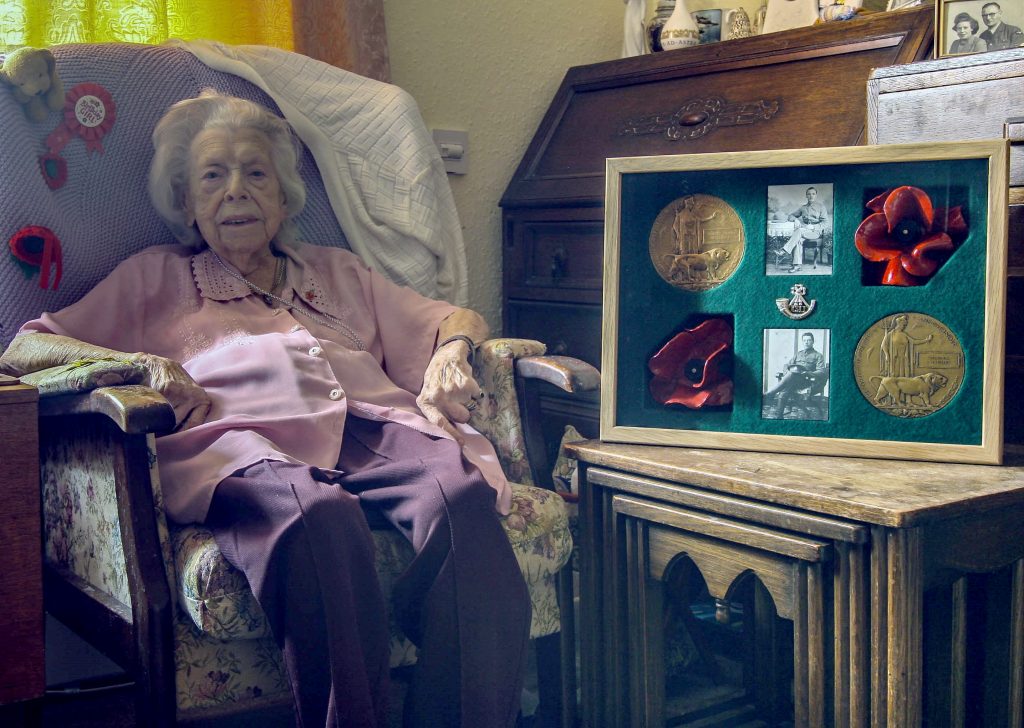 “My brother Robin and I purchased two poppies for our Mother, one each in memory of her two brothers who gave their lives in the Great War. They were 6076 Private Frederick Cecil Wycherley, 2nd Bn KSLI, and 200094 Lance Corporal Robert Henry Wycherley, 1st/4th Bn KSLI, who were killed in action in 1915 and 1918 respectively. She was born before either brother died and is currently 105 years old. The poppies have been mounted in a purpose-built display case, along with her brothers’ original memorial medallions, their photographs and a Kings Shropshire Light Infantry cap badge. Michael, her husband of 55 years, and who appears with her in the framed photograph above the poppies, was a WWII veteran. It now hangs proudly on the wall of our Mother’s room in her care home in York.”