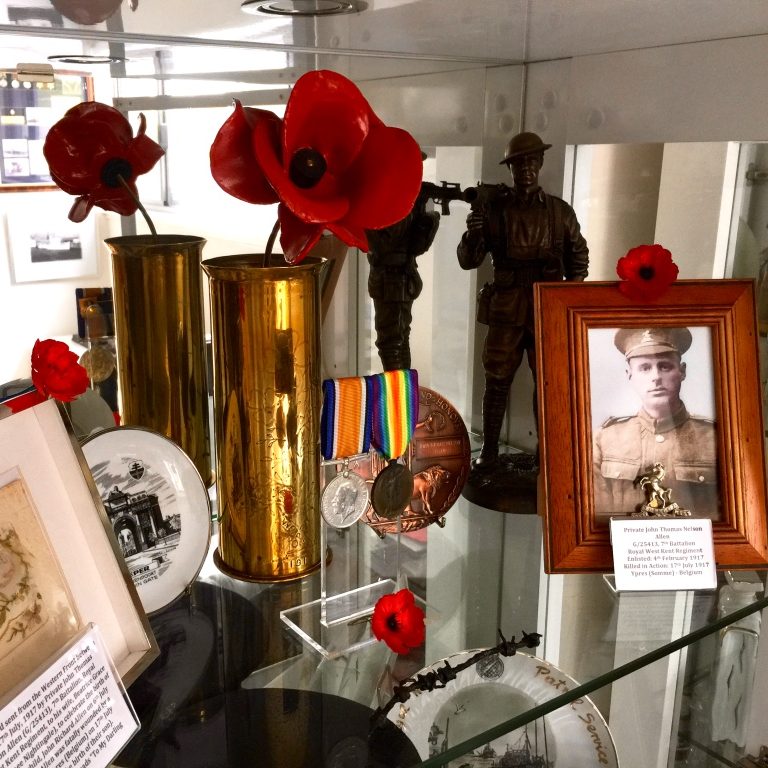 Les and Ruth bought theirs to commemorate family member Private John Thomas Nelson Allen who was killed in action at Zibekke, Belgium on 17 July 1917.

“Since we purchased our poppy, it sits proudly with other items to commemorate my wife Ruth’s grandfather, Private John Thomas Nelson Allen, G/25413, 7th Bn, Royal West Kent Regiment, who was killed in action at Zilbekke (Belgium) on 17 July 1917. John’s grave was never located and he is remembered on the Menin Gate Memorial at Ypres in Belgium. Eleven days before his death, John’s wife, Beatrice gave birth to a son, also called John, who became Ruth’s father. Fortunately John was aware of the birth of his son before he died. Every day we look at the poppy and remember the sacrifice that he made for his country. Lest We Forget”