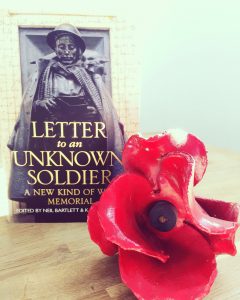 “I was given my poppy by my amazing mum on a day when my whole family, from my baby nephew to my 90 year old Grandad, surprised me by turning up at the school where I teach in Teddington.This was to celebrate, in a secretly-planned assembly, that I’d been selected, out of over 21,000 entries, to have a letter published in a book dedicated to a statue of an unknown soldier outside Paddington Station.”

Kelly had felt compelled to write a letter to the Unknown Soldier, which to her disbelief, was included in a published book – including contributions from the Prime Minister and Stephen Fry. 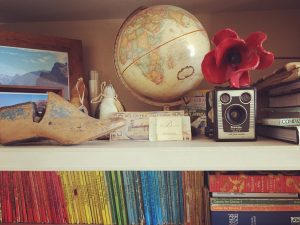 “The book was published and I felt so honoured and privileged to be a part of it and to have the opportunity to dedicate my letter in public to my grandparents and my son. The poppy is the most precious reminder not only of that wonderful day or the stunning and heartbreaking installation at the Tower of London, but another truly beautiful memorial of those who fell.”

“It really feels like this part of history keeps wanting me to help tell its tale and I feel incredibly lucky and blessed to be able to do so. Once out of 21,439 letter-writers and a second time from another 35,000 poppy-owners. Humbled is not the word.”
See Kelly’s poppy on the map 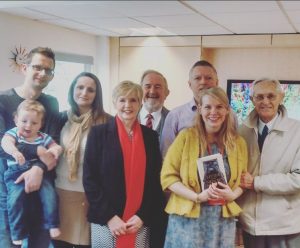