Ian remembers his Great Uncle who was killed in action in the closing months of WW1 with his #TowerPoppy:

“My Great Uncle George William Alfred Blair was born in Bethnal Green in 1893, the oldest son of George William Alfred and Louisa Mary Ann Blair. In 1915 he married Daisy Nelly Bradford, and soon after their son, also called George William Alfred Blair was born, who died when only a few weeks old. At the time of his son’s birth George W A had already enlisted and survived until the closing months of World War One, before being killed in action on Wednesday, August 14, 1918 at the age of 25. The last address I have for George was Marian Street in Bethnal Green, a small street in the shadow of the Marian Place gas holders on the Regent’s Canal. Two of these iconic structures still survive, and my thoughts always turn to GWA whenever I see them on my daily travels. It is my intention to visit his grave in the small St Amand British Cemetery next year, to mark the centenary of his death, and pay my respects to him, and to a lost generation who never came home.” 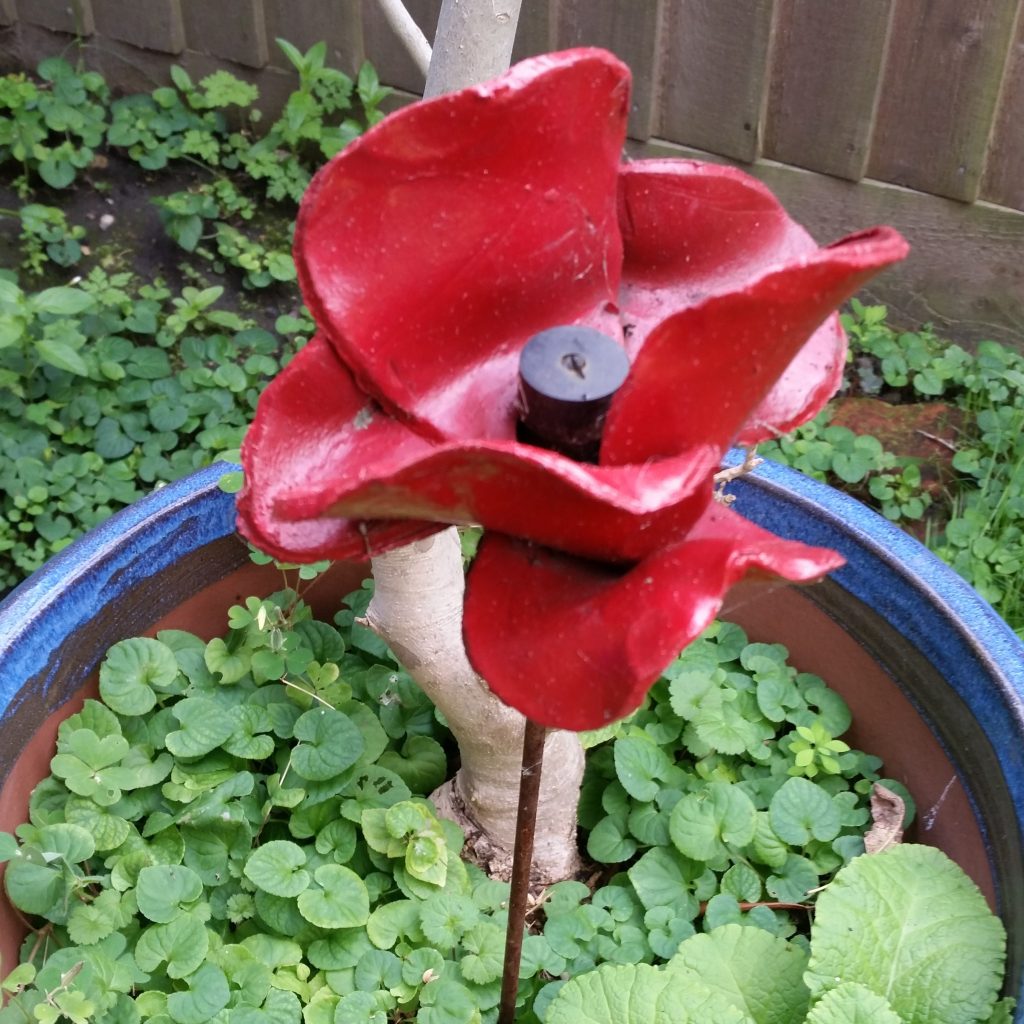