David’s #TowerPoppies are a reminder of his two Grandfathers, both of whom served in WWI:

“We bought two poppies in proud remembrance of each of our two courageous Grandfathers who fought in the Great War.

They were:
EDWARD VINE, Royal Sussex Regiment. He was born in Eastbourne and killed in action at the Battle of the Boar’s Head, Richebourg, France on 30/6/1916, aged only 26. He has no known grave. We never knew him but have since visited the battlefield where he was killed and have visited the Loos Memorial in France where his name is etched in one of the panels along with some of his comrades and thousands more brave soldiers.

WILLIAM FISHER, Sergeant in the Royal Engineers (Old Trafford) who served in and around Ypres. Fortunately he survived the War. He was awarded the Distinguished Conduct Medal (DCM) in 1918 for ”showing a complete disregard of danger when working in heavily shelled locations” when patrolling and repairing telephone lines which were frequently cut by shell fire. He worked as a jeweler in Manchester city centre for many years in later life.” 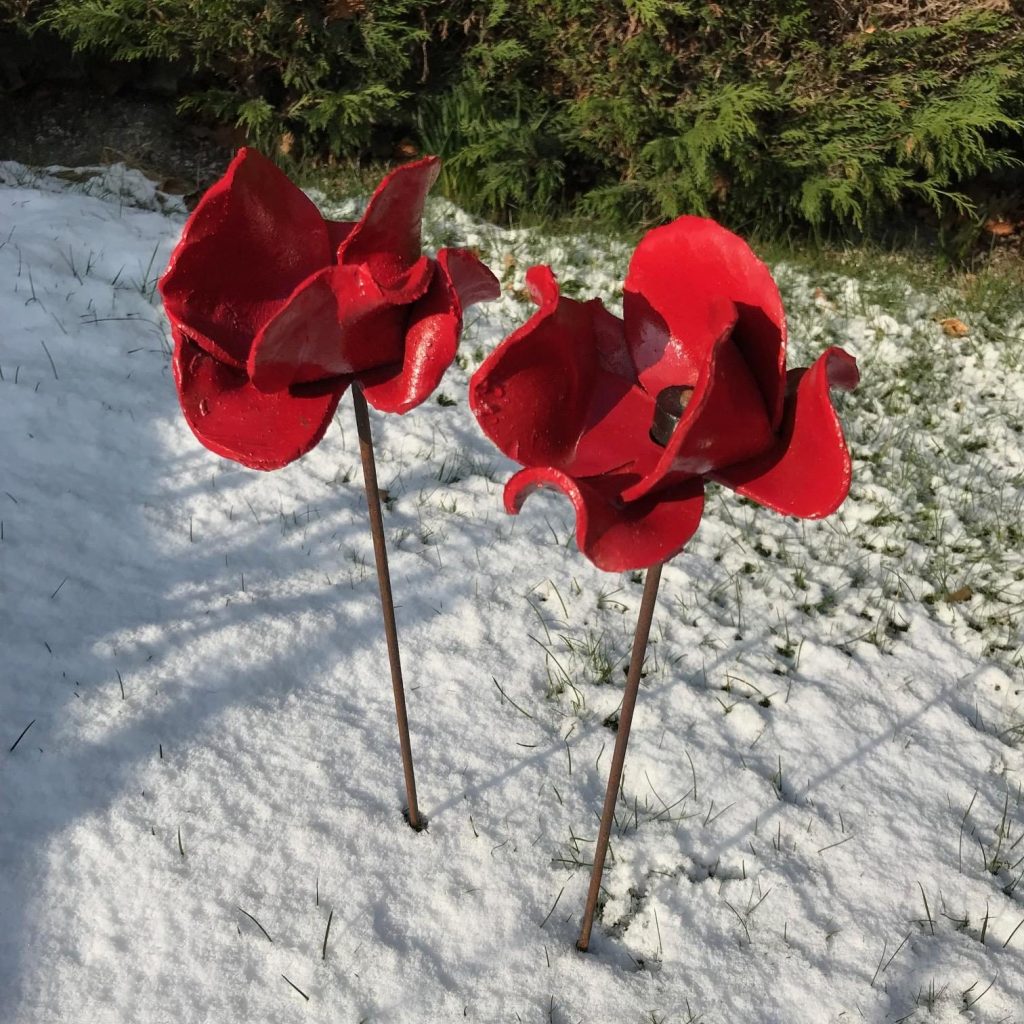