My paternal Grandfather, Harry Reichenberg, served in 1918/19 – interestingly as an alien for the British, because he was born in Poland and only moved to England around 1900, as a babe in arms. He’s in the photo with my poppy, which is still here in London in Blackheath. 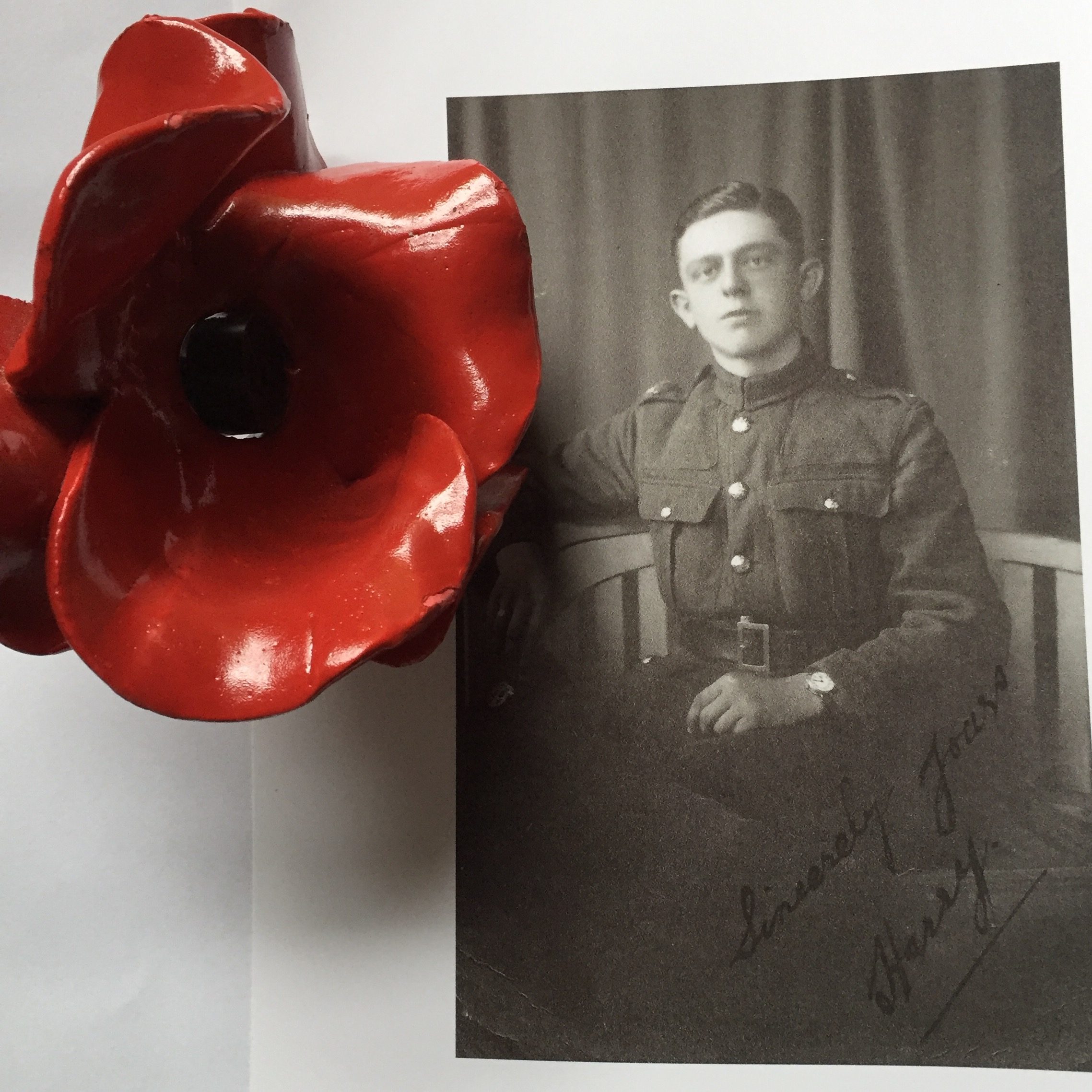