I was lucky enough to have bought a ceramic poppy, after seeing them live in the Tower of London . Then, having worked at Perth’s Black Watch Balhousie Castle , as a Poppy Partner volunteer in the stunning Display there for a season, and helping explain to visitors from all over the world what the Poppy means, it has taken on a new importance to us in this house. I am a 4th generation soldier, serving in the King’s Own Scottish Borderers (KOSB) for 33 years, with a brother who served , a sister married to a soldier and a son in the Scots Guards . My grandfather was a RAMC Doctor in Hospital Ship Essaouira, at Gallipoli in 1915, then the Western Front , and saw some terrible things, appalling wounds and virulent disease. This poppy is for Captain George Middlemiss , his son, my father, Major Peter Middlemiss, a WW2 soldier, serving from Dunkirk, to Alamein to D Day, and the 7053 KOSB Jocks who fell in WW1 . It means a lot to me and my family. 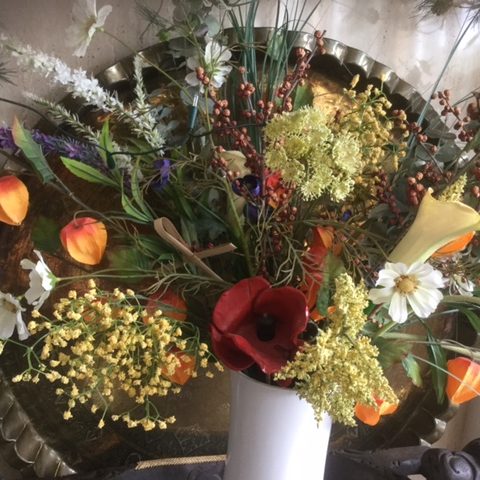