I accidentally came across the Poppies in early September and made several visits to the Tower during the set up and dismantling of the installation.

My parents each lost an Uncle in the Great War, both in the first week of the Somme Battle.

I purchased Three poppies, one for each of my Great Uncles and had both their names read out at the sunset roll call at the Tower the last is for the “unknown warrior” .

I have the medals, photos and letters home of one James Barsham Burgess and view the Poppy as his memorial as he has no known grave – I have less information about the other (Donald Folkard) but since the event I have done research into my relatives’ history and plan to visit the area where they died in the near future.

I used the Poppy as part of a design for a tile which was used in the commemorations for the Battle of the Somme in Manchester and have a copy of this in the collection too.

My Poppies will be passed onto future generations so they will never be forgotten. 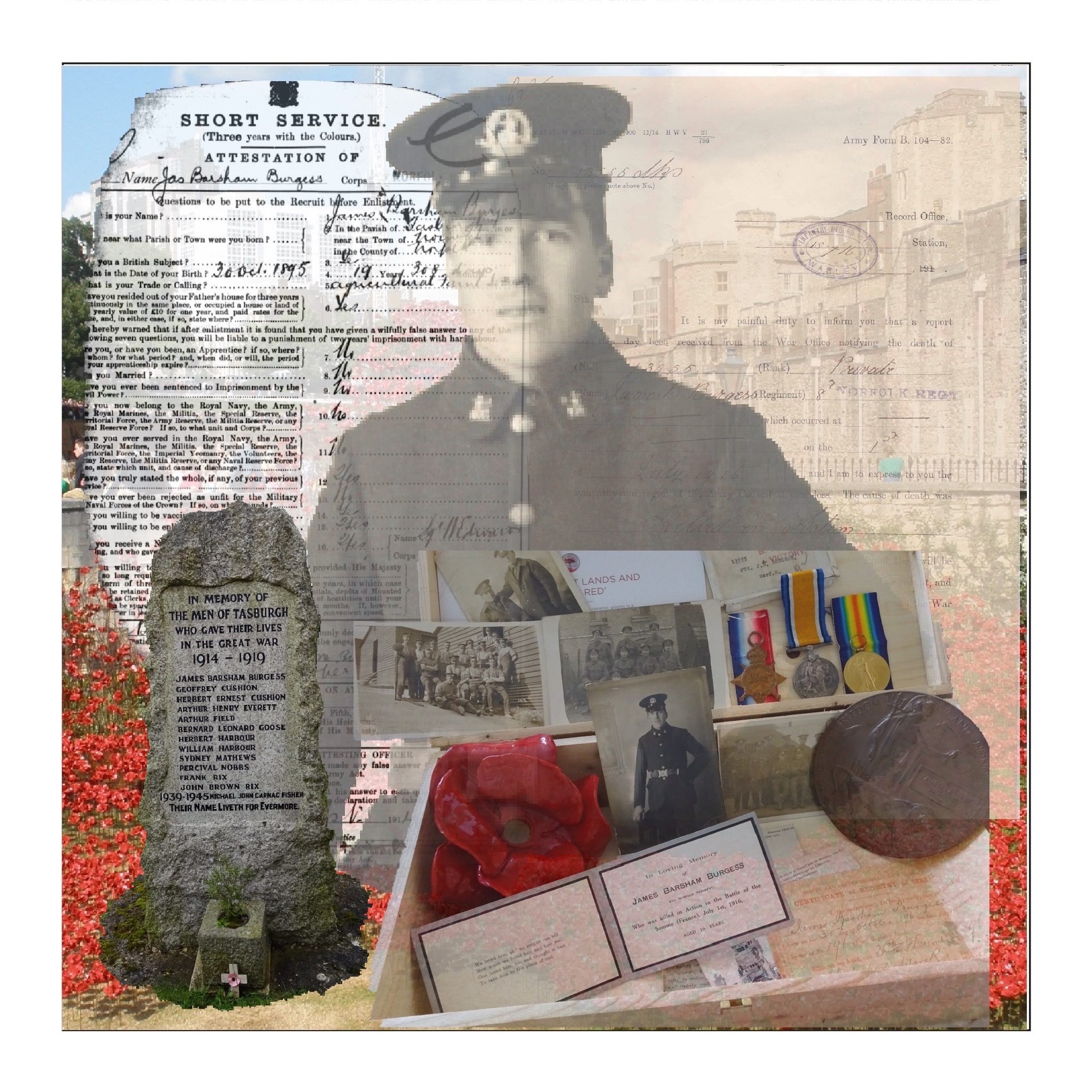