WHERE ARE THE POPPIES NOW

Where Are The Poppies Now aimed to reunite digitally the poppies from the installation Blood Swept Land and Seas of Red by artist Paul Cummins and designer Tom Piper, originally staged by Historic Royal Palaces at HM Tower of London in 2014. The poppies that were purchased have since travelled as far afield as the USA and Australia, as well as being taken to war graves in memory of relatives who lost their lives in the First World War. The digital map was a record of the stories behind why each poppy was purchased creating an invaluable archive for future generations.

Where Are The Poppies Now was supported by The Space. 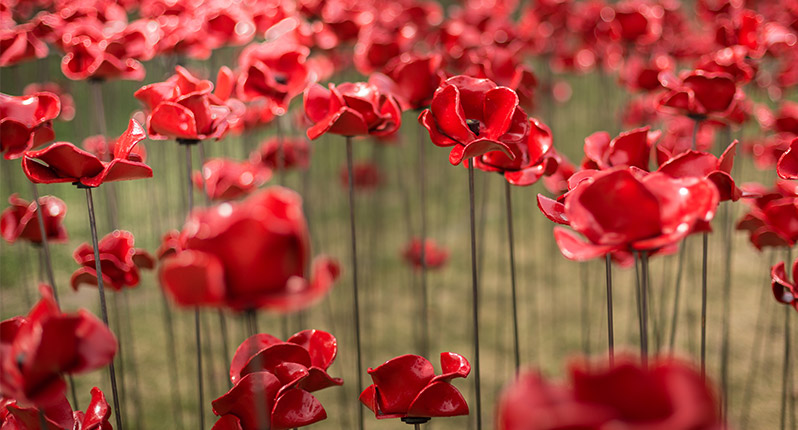 Blood Swept Lands and Seas of Red by artist Paul Cummins and designer Tom Piper at the Tower of London in 2014 marked the centenary of the outbreak of the First World War. The installation contained 888,246 poppies, one for every British or Colonial life lost at the Front during the war. The work was one of the most powerful memorials of the centenary and was visited by over 5 million people. The original poppies were sold raising millions of pounds, shared equally amongst six service charities. 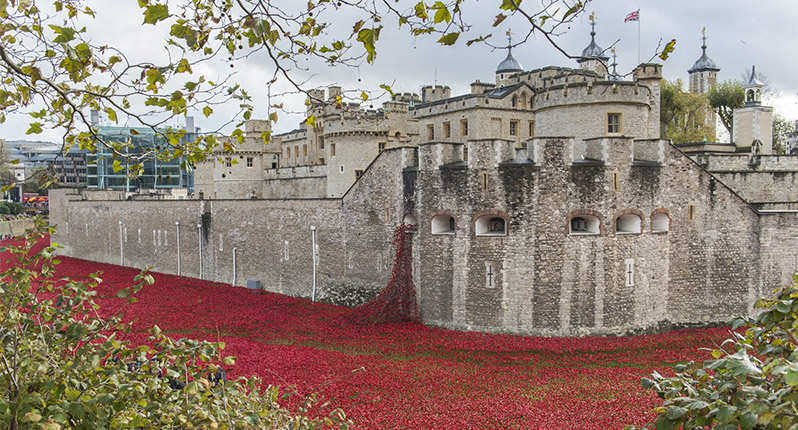 14-18 NOW, the UK’s arts programme for the First World War centenary, presented the iconic poppy sculptures Wave and Weeping Window at selected locations around the UK until 2018.

The breathtaking sculptures were initially conceived as the key dramatic sculptural elements in the installation Blood Swept Lands and Seas of Red at the Tower of London. The original installation was conceived of as transitory, however, on completion, it was agreed that the works of art at its heart should be saved for the nation. Thanks to the generosity of the Backstage Trust and Clore Duffield Foundation the artworks were secured for posterity.

Wave and Weeping Window toured to 19 locations around the UK until 2018. They have been seen by over 4.6 million people. The sculptures are now in the long-term ownership of the Imperial War Museums. 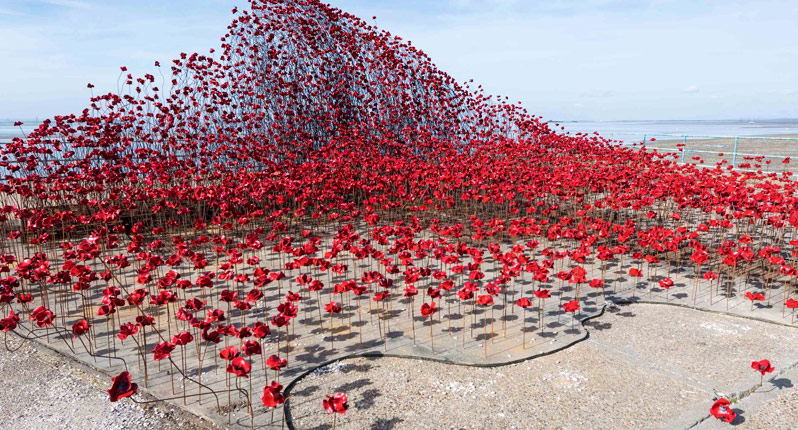 14-18 NOW was the UK’s arts programme for the First World War centenary. Working with arts and heritage partners all across the UK, 14-18 NOW commissioned new artworks from 420 contemporary artists, musicians, film makers, designers and performers, inspired by the period 1914-18. An incredible 35 million people engaged with the programme of extraordinary arts experiences between 2014 and 2018.

14-18 NOW commissioned 107 projects in more than 220 locations across the UK, reaching 35 million people and engaging 8 million young people with the First World War.

The two sculptures Wave and Weeping Window, were saved for the nation by the Backstage Trust and the Clore Duffield Foundation, and gifted to 14-18 NOW and Imperial War Museums. Financial support for the presentations were received from the Department for Culture, Media and Sport and the Heritage Lottery Fund.

DAF Trucks were the transport sponsor for the UK presentations, and 14-18 NOW were delighted to partner with DAF on making this historic project a reality.

View the Map
We use cookies to ensure that we give you the best experience on our website. If you continue to use this site we will assume that you are happy with it.Ok